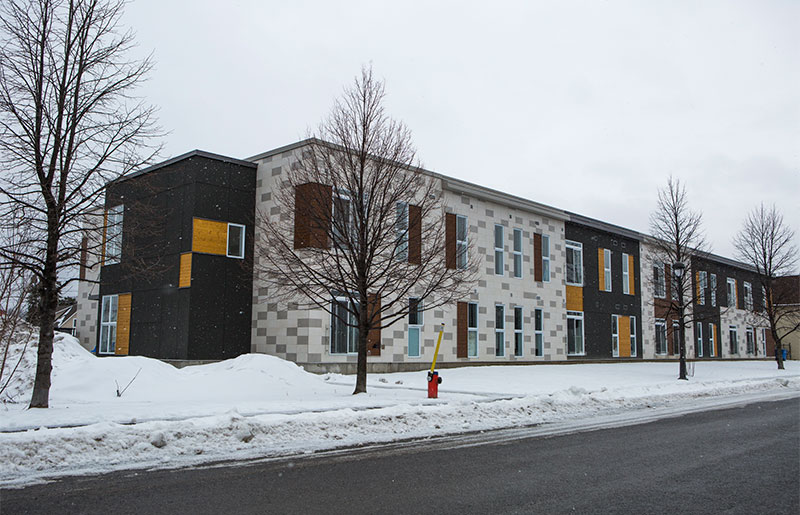 Non-profit organization Centre Mechtilde transformed an elementary school into a transitional home for women affected by domestic and family violence. 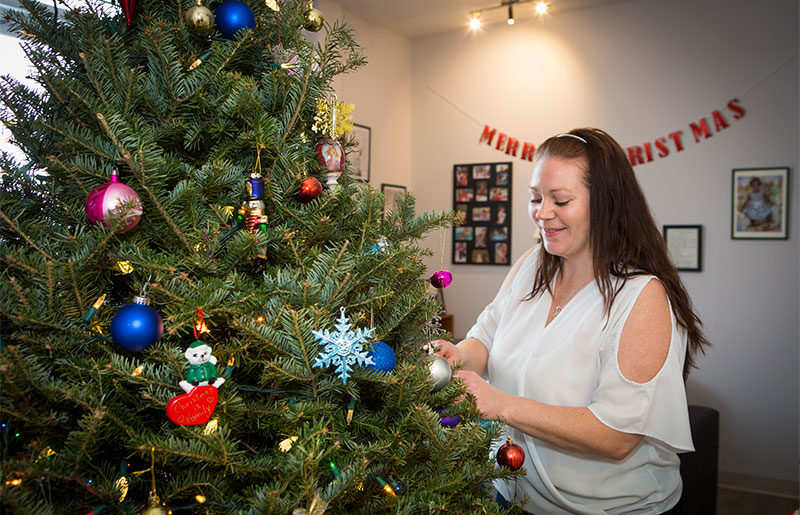 Katrina has lived at Centre Mechtilde since the centre’s transitional home opened in June. 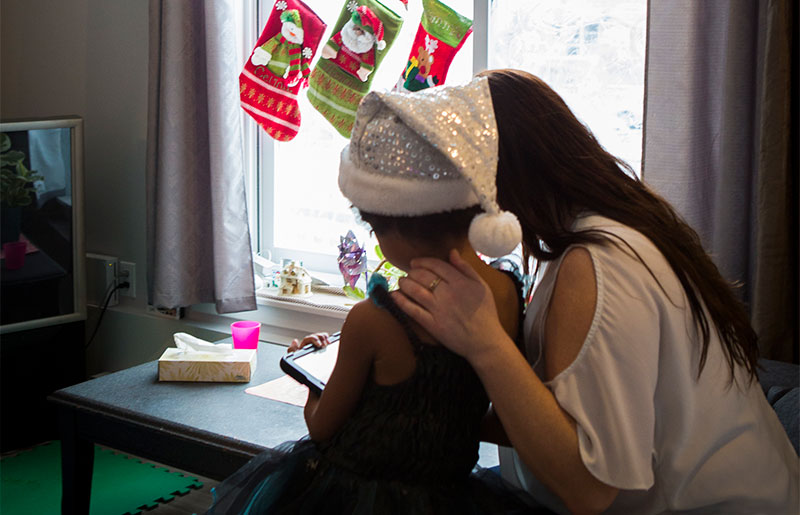 Katrina’s relationship with her daughter has improved since they moved to the centre.

Thanks to support from the staff and community at Centre Mechtilde, Katrina is building a new future for herself and her daughter.

“Centre Mechtilde brought peace to our lives,” says Katrina, a single mother with a 5-year-old daughter. “I’m no longer constantly worried about rent and food.”

Centre Mechtilde is a non-profit organization in Gatineau, Quebec. It offers support and housing for women affected by domestic or family violence. Katrina has lived at Centre Mechtilde since the centre’s transitional home opened in June.

It was built in a former elementary school, and while the school foundations remain, the rest underwent a complete transformation.

Katrina came to Centre Mechtilde with clear goals for her own transformation.

Her life had been tumultuous. From living in an ant- and mold-infested home to her own experience with domestic violence, she was in a downward spiral.

With no savings and few options, she applied to live at Centre Mechtilde. Articulate and assured, Katrina is getting her life back on track. She is thankful for the opportunities, big and small, that her new home has opened up.

“I can now afford a bus pass, which gets us out of the house and expands our horizons,” she says.

Twice a week, Katrina’s daughter attends a supervised playtime. This is a great opportunity for her daughter to form new friendships. It also gives Katrina a little space to come back refreshed.

“My relationship with my daughter is a lot better since we moved in here,” she says.

She is particularly thankful for the community support she’s received. “I love the ladies at Centre Mechtilde,” she says. “We all relate well to one another, even if we are each progressing at a different pace.”

The next step is paying off debt, building savings and returning to her studies. She has already succeeded in putting some money aside, with the hope of attending nursing school next fall.

However, her next focus is on a very special event.

“I am now able to throw my daughter a great birthday party,” she says, and adds, “Queen Elsa will be there!”