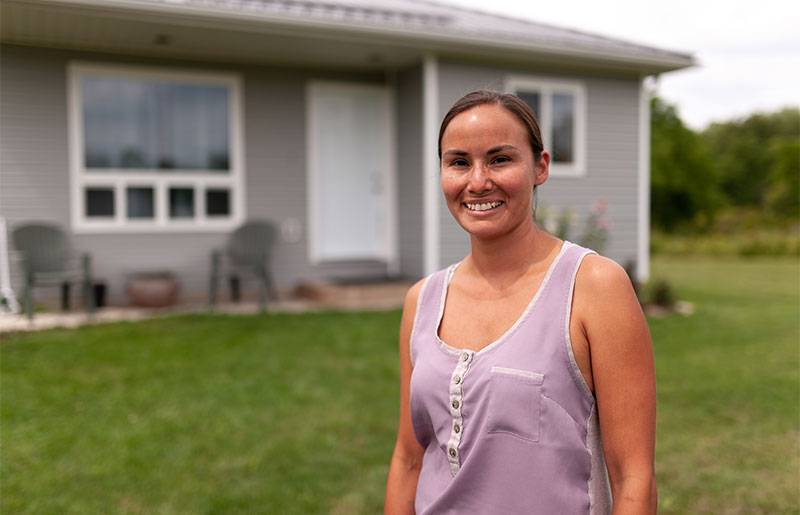 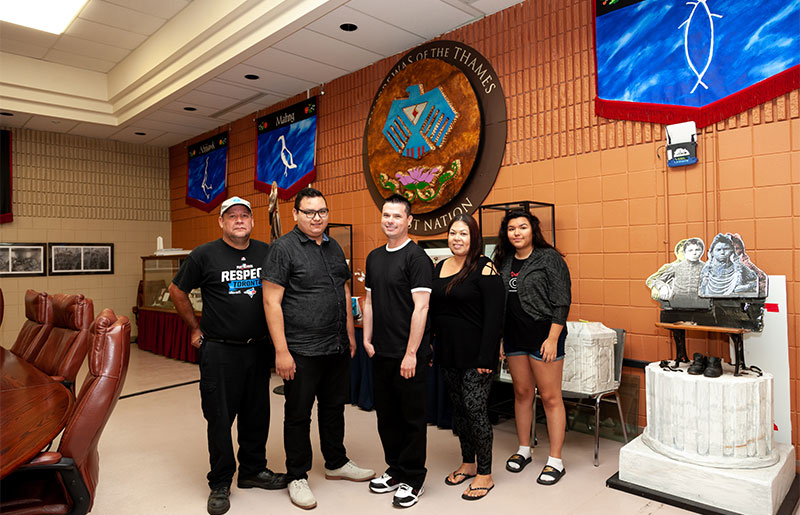 Housing manager Frank French is proud of the work his team has accomplished and is eager to work with the community to complete further housing improvements.

“It’s exactly what I was hoping to achieve here,” says Chief Myeengun Henry.

Over the last 2 years, there have been many upgrades to homes at Chippewas of the Thames First Nation. The project has been a success so far, and the results go far beyond what is visible.

“With the amount of work Housing has done in the last year, it’s opened the door for people to feel better about themselves and their community,” says Chief Henry.

Kristen Hendrick’s house was one of the homes renovated. She got new doors, windows, siding and an upgraded roof.

“The work has brought everybody up,” says Kristen. “The morale in the whole neighbourhood has been better.”

Thanks to the housing upgrades at Chippewas of the Thames #FirstNation, the neighbours have come together and are taking pride in their community.

From neighbours who say “Hello” to each other more often to a greater willingness to help maintain the neighbourhood, there have been noticeable changes since the renovations began.

Kristen has lived in her home for 15 years and sees the differences firsthand. “We are getting more social now, more respectful to our neighbours and each other,” she says. “People are taking much better care of the homes and the way they look.”

She says the new colour of her home is much more modern. She is also happy her family no longer has to retreat to the basement during the summer because of the heat. The addition of central air conditioning was especially appreciated by her 4 children.

“We can use the whole home again. We can feel comfortable,” she says.

Housing Department Manager Frank French is pleased with his team’s accomplishments and their ripple effect. “Since the upgrades, more tenants have come forward to ask how they can get involved,” he says.

There’s more to do, and Frank’s team is eager to continue the work with the residents’ support and buy-in.

“I’m really proud of my community,” he says.

Chippewas of the Thames received funding from Canada Mortgage and Housing Corporation through the On-Reserve Non-Profit Housing Program (Section 95).