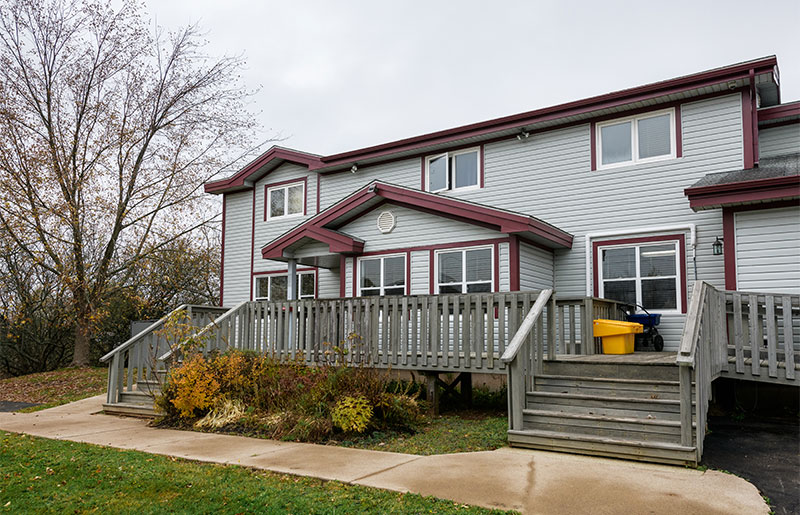 Autumn House in Amherst, Nova Scotia provides shelter and outreach services to women and their families. 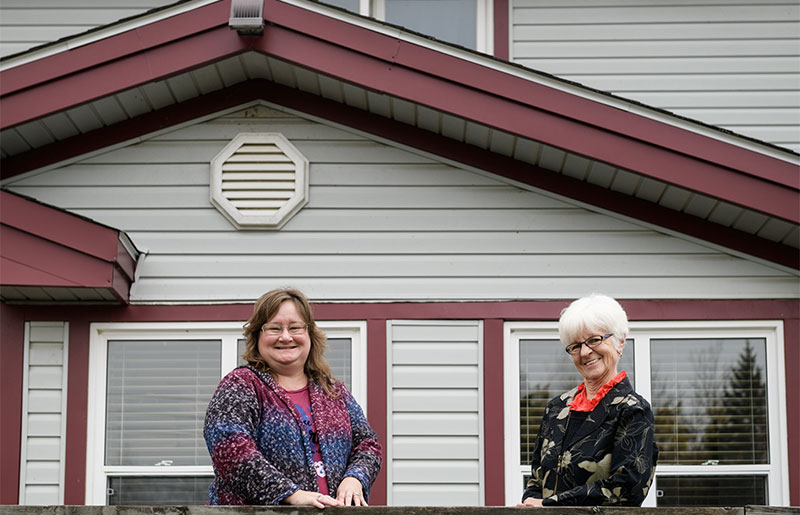 Director of Autumn House Dawn Ferris with Marian, one of the women who helped to establish the shelter. 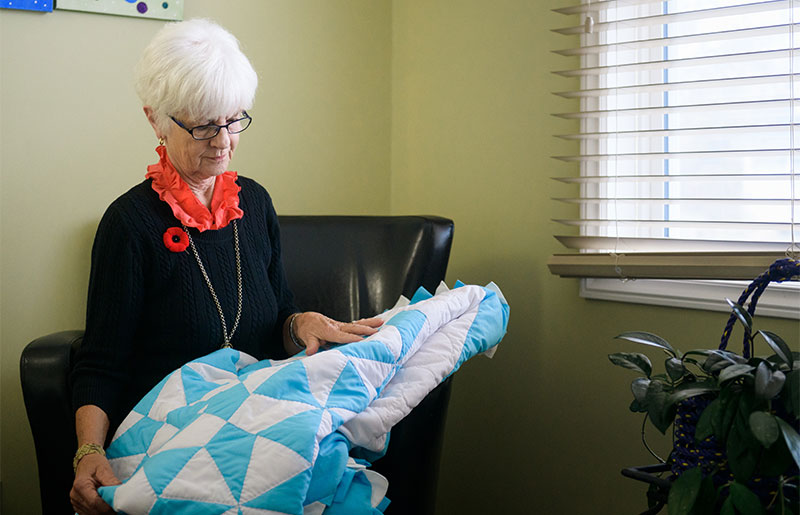 Marian was very touched when a woman she had helped gifted her a quilt. The woman said Autumn House gave her back her dignity. 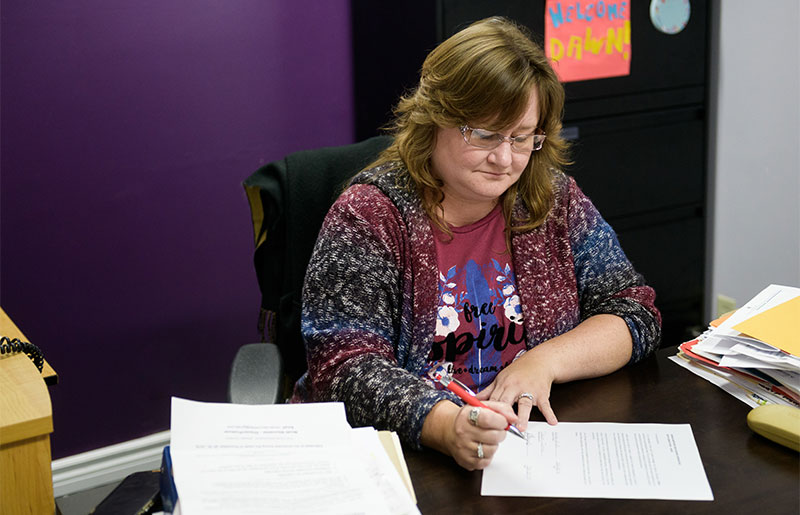 Dawn became director of Autumn House in 2017 and continues to build the legacy started by Marian and her colleagues.

Its Micmac name, Nemcheboogwek, means “going up rising ground,” in reference to the higher land to the east of the Tantramar Marshes.

It’s a fitting name for the residents of Autumn House — women and children seeking safety and sanctuary from domestic violence. It also applies to the dedicated staff who respond to the immediate needs of residents and promote peace and safety in the home.

For many years, there was a distinct lack of support for women fleeing family violence. Several key figures noticed this and took action. They held numerous bake sales and fundraisers, and they worked tirelessly to make Autumn House a reality.

Dawn Ferris is the director of Autumn House, and she is quick to share credit for the organization’s important work. “I am here, standing on the shoulders of the women who came before me.”

One of these women is Marian. Now in her 70s, Marian was hired by the Cumberland Transition House Association (CTHA), prior to the creation of Autumn House. They asked her to complete a needs assessment analysis for women in the area.

She soon realized that there was a strong need, and that she would have to take action in a tangible way. The initial threads of Autumn House were now being woven into the community. Together with her colleagues, Marian began applying for grants to fund services for women such as counselling, legal assistance and protection.

They found simple but significant solutions to issues facing women in crisis. For example, victims who previously had to sit alone with their partners during legal proceedings can now sit with a professional from Autumn House.

“I wanted to be there to offer moral support,” says Marian, remembering one of the first women she assisted. “I had no idea that my presence had the impact that it did. Later, she gave me a beautiful handmade quilt, saying, ‘You gave me my dignity back.’”

That quilt has come to be a part of Marian’s own personal history. She has now passed it down to her granddaughter.

It’s an Autumn House legacy that Dawn is proud to share with her staff. It’s one of many gestures of gratitude from women the house has helped.

Dawn describes a woman, now happily married, who came forward with the support of her husband. The woman described the abuse she had suffered prior to her marriage. Later, the woman told Dawn that the help had made all the difference in the world.

“Sometimes our clients only show up for a minute. But they show up,” Dawn explains. She says it’s important that there is someone there to listen.

It’s something she reminds her staff of often.

“Today there is more need than ever,” she says.

With Marian’s grassroots efforts and Dawn carrying the torch some two decades later, the Autumn House story is as strong as ever.

This project received funding from Canada Mortgage and Housing Corporation and Housing Nova Scotia through the 2014–2019 Canada–Nova Scotia Agreement for Investment in Affordable Housing.