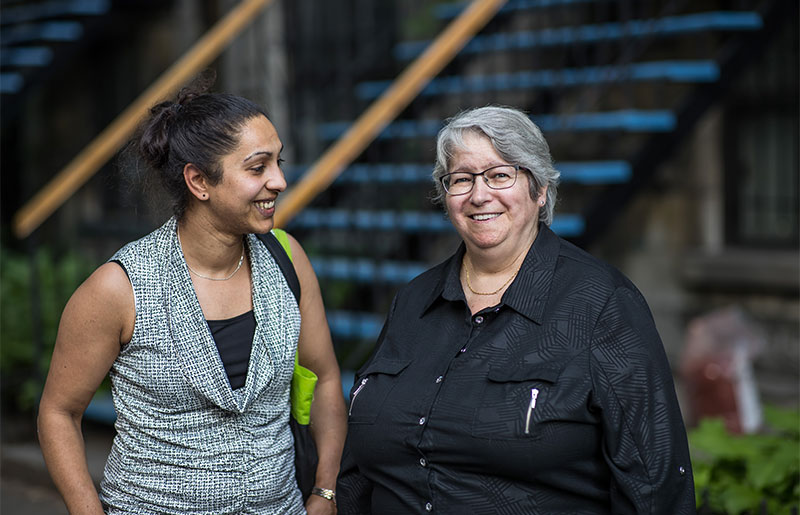 France and her daughter Stéphanie outside their home at Milton Parc in Montreal. 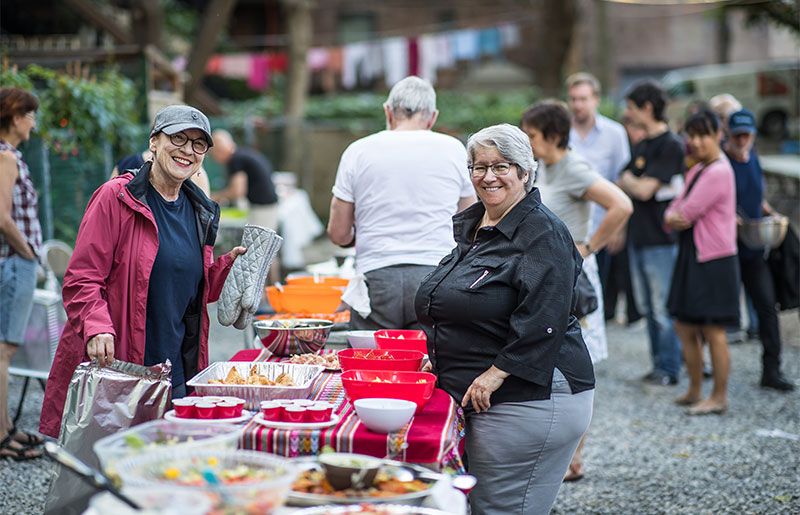 France is an active member of the community and volunteers her time at several initiatives, including a weekly hot lunch for the homeless. 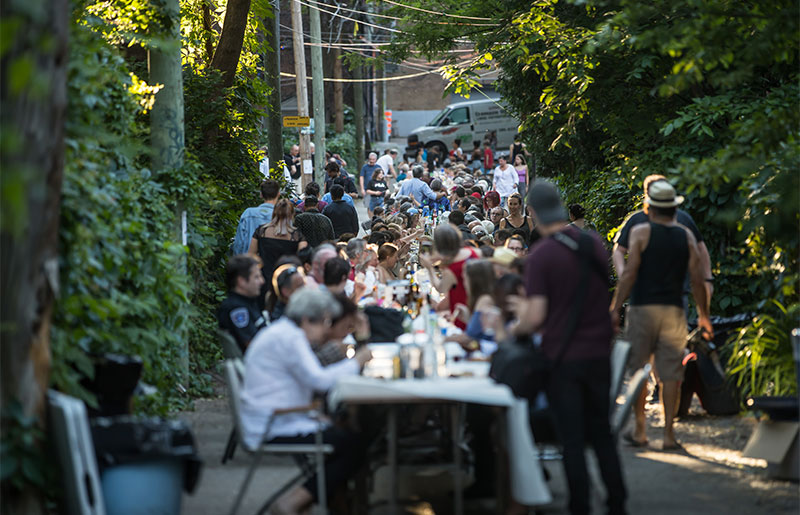 The annual Milton Parc block party is a popular celebration in the community.

Residents fill the streets for the annual Milton Parc block party. This year, the event marks a milestone. Communauté Milton Parc, made up of 15 co-ops and 6 non-profit housing organizations, turns 30 years old.

Established in the 1980s, Milton Parc was created to preserve historical and affordable housing in Montreal, Quebec. Today, its 616 co-op housing units are home to 1,500 residents.

France has lived at Milton Parc for 22 years and is deeply connected to the community. The retired mother of 4 spends Saturdays preparing meals for the homeless.

“These are people who live among us,” says France. “They are part of our neighbourhood, and so it was clear that we had to help in any way that we could.”

The meals are an initiative by Solidarité Milton Parc, a grassroots organization that helps at-risk individuals in Milton Parc and the surrounding neighbourhoods. It was created with the help of several Milton Parc residents.

Communauté Milton Parc is the largest co-operative development in North America. It’s celebrating its 30th anniversary this year & has created a sense of community in this #Montreal neighbourhood.

Prior to moving to Milton Parc co-op La Petite Cité, France lived a considerable distance from her work and her children’s schools. As a single mother with 2 adopted children from Romania and Cambodia, commuting was time-consuming and expensive. The co-op at Milton Parc offered a lower cost of living and a much shorter commute.

There were other benefits, too. From the moment she moved in, France felt at home. She was able to share the challenges of being a single parent, while giving back to others in a similar situation.

“There is a long history of collaboration here,” says France “and that is a powerful motivator.”

With reduced living expenses, France was able to afford a larger space and adopt 2 more children, from Quebec and Cambodia.

“Milton Parc has made so many things possible for me that I don't know how I would have achieved otherwise.”

The block party is just one of many events planned for the summer-long 30th anniversary festivities. France is looking forward to the ongoing celebrations.

“This is an extraordinary neighbourhood,” she says. “It has become part of my life.”

Milton Parc is the largest co-operative development in North America. For more than 30 years the 15 co-operatives and 6 non-profit housing organizations making up Communauté Milton Parc have received funding from Canada Mortgage and Housing Corporation through Article 95 of Canada’s National Housing Act.