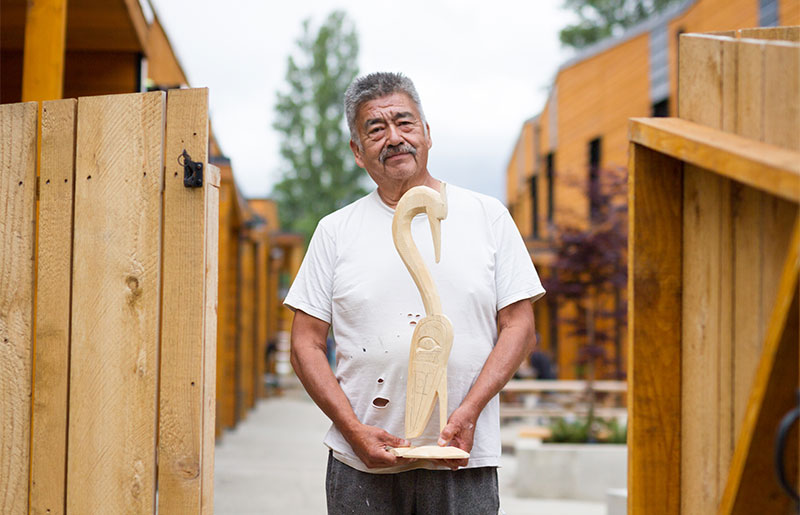 Charles “Charlie” George is a Heiltsuk First Nations wood carver and artist. He is best known for his carvings of the Great Blue Heron. 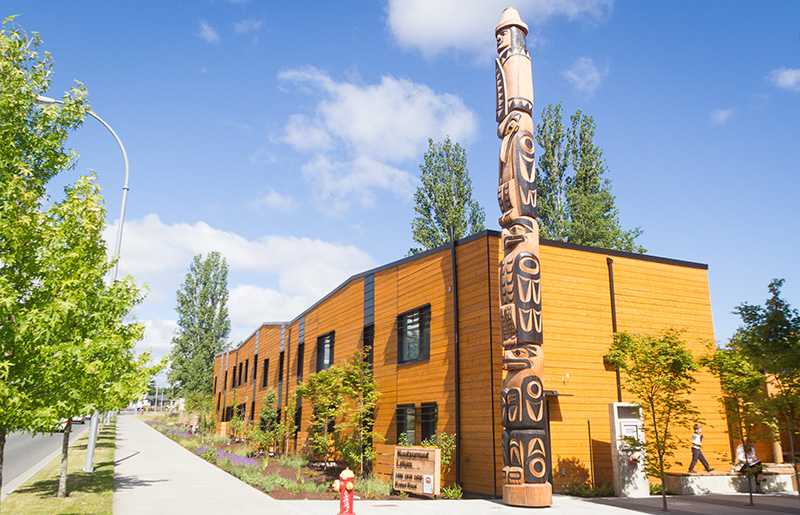 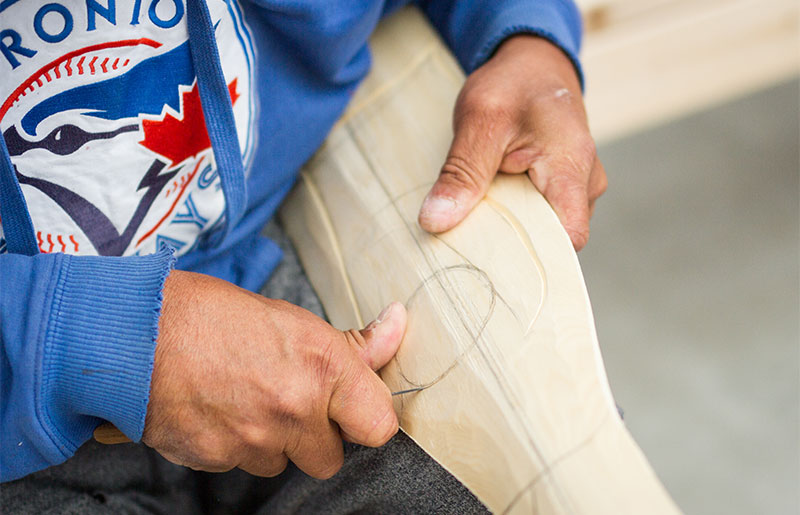 Charlie’s creations are a way for him to connect with his past. He’s been carving for more than 50 years. 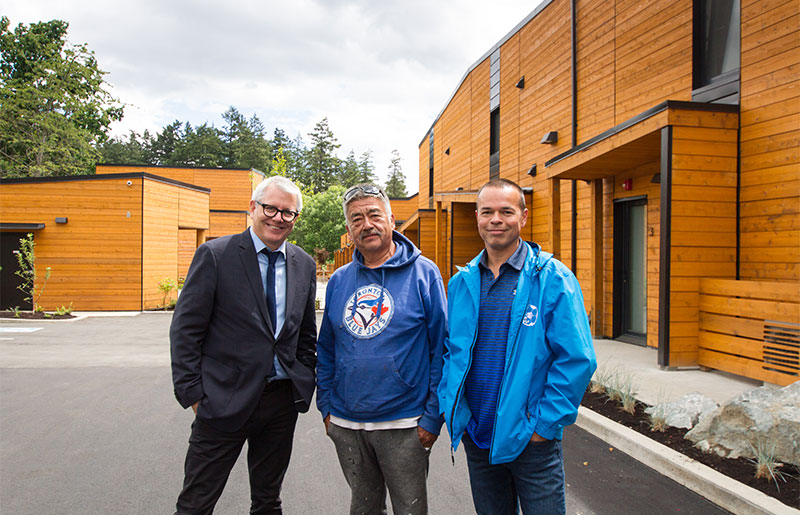 First Nation communities on the West Coast were traditionally visited and first viewed from the water. This concept inspired the overall form and character of Nuutsumuut Lelum, Nanaimo’s first affordable housing for families in 20 years.

Built on a slowly rising hill, the buildings are clad in rich red cedar. Métis public art adorns the each end of the development, and a beautifully carved 37-foot Coast Salish totem pole welcomes visitors to the property.

Nuutsumuut Lelum is Hulquiminum, the language of the Salish people. In English it means “All in One House.”

Charles “Charlie” George is originally from Bella Bella, in British Columbia’s Central Coast region. He’s a Heiltsuk First Nations wood carver, and has been honing his craft for more than 50 years. His hands are worn but steady. They guide a sharp knife across a plank of pale northern white-cedar as he sits in bright afternoon light. Charlie’s wearing his working clothes today. Fragrant curls of wood fall near his feet.

Charlie lives at Nuutsumuut with his wife and 3 sons. They are among the building’s first tenants, a community that also includes youth transitioning to independent living, young families and elders.

Nuutsumuut Lelum is the first #affordablehousing development for families in #Nanaimo in 20 years. These rental townhomes are Passive House Certified, resulting in lower energy use & operating costs.

“It’s about time they build more community housing like this. For all kinds of people. Not just more condos everywhere,” Charlie says. “I’ve been living in Nanaimo for over 20 years and it’s been getting harder and harder to find housing, especially a big enough place for my family.”

Nuutsumuut Lelum creates a sense of community by bringing together individuals and families of various ages and backgrounds. This was a key priority for Nanaimo Aboriginal Centre Executive Director, Chris Beaton.

“We wanted to create sustainable and affordable rental homes for people in this community, but it was also important for us to build something with deep cultural connections in an urban setting,” says Chris. “Elders play a central role here — they anchor this community and help watch over everyone.”

The building is Passive House Certified. It incorporates initiatives and technology that result in lower energy use and operating costs when compared with a conventional building.

“We paid careful attention during construction to completely insulate the entire building envelope, almost like a sealed unit,” recalls Chris. “When you combine that with our heat recovery ventilation units, high energy-efficient windows and doors, you can literally use your own body heat to warm up a room — that’s how incredibly efficient the homes are.”

An additional benefit is the sound dampening in the units. “I can really hear the difference when you close the windows and doors,” says Charlie. “Before, my boys used to wake up in the middle of the night because of the sirens and road noise. Now, it’s so peaceful and quiet here that they sleep well into the morning.”