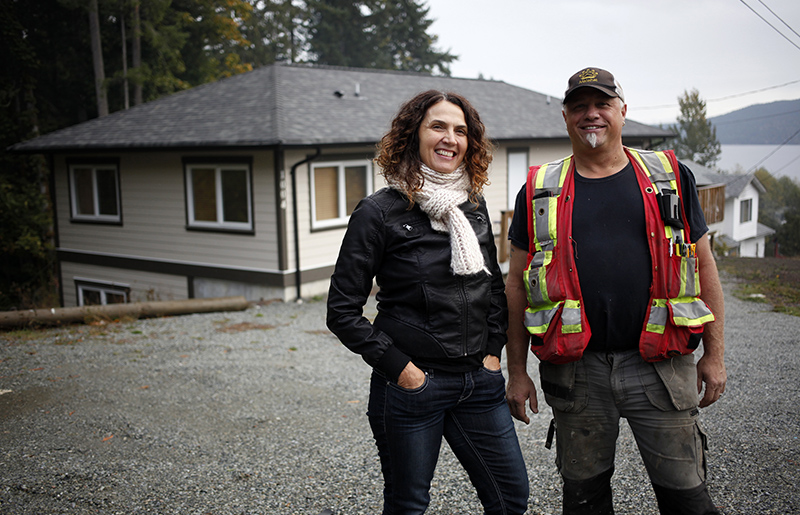 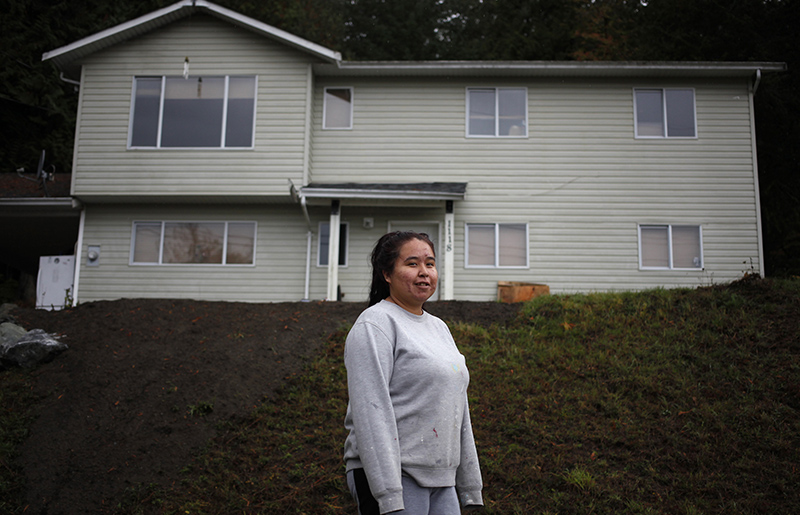 Nicole completed Malahat’s internship program and applied her painting skills to homes in the community. 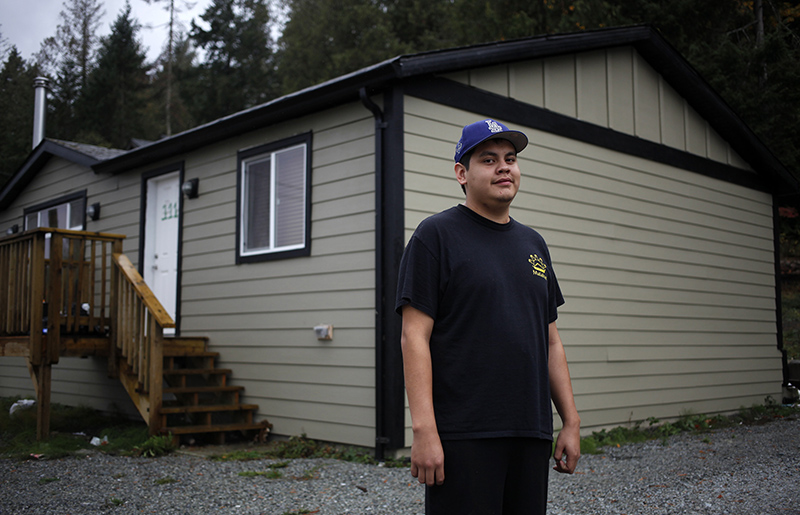 Liam completed Malahat’s internship program and is now in a foundation program at Vancouver Island University. 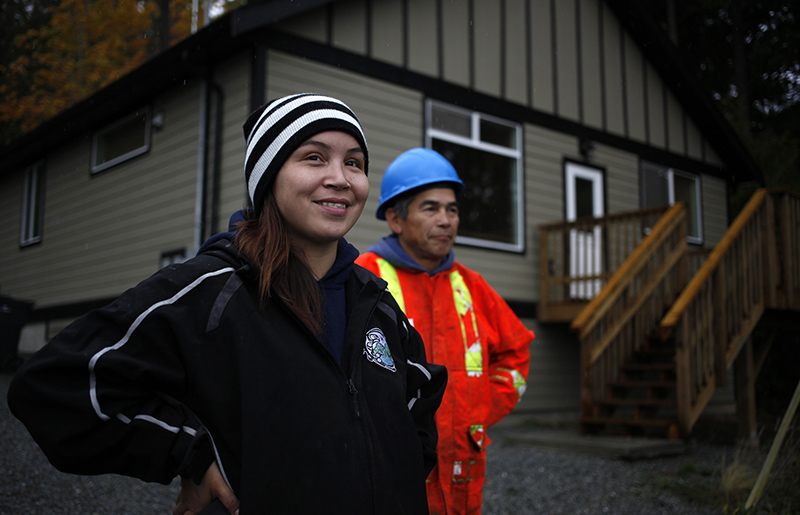 Housing interns Donny and his daughter Heather worked together to repair their home.

Over the past 16 months, Malahat First Nation has been making major changes. The southeast Vancouver Island community has developed a strategy that could make it a hub for on-the-job construction training.

When Mike Biever assumed his role as a housing manager and director of operations and maintenance in 2013, there hadn’t been new construction at Malahat for years. Construction was mainly outsourced, and subcontractors were getting harder to hire due to a robust BC housing market. Many of the community’s properties were in need of maintenance.

Meanwhile, unemployment in Malahat was high. So when nearby Vancouver Island University wanted to use its internship program to build some houses, Mike and the Council saw an opportunity.

“I applied for HIIFNIY [CMHC’s Housing Internship Initiative for First Nations and Inuit Youth] and hired 2 community members who were unemployed,” Mike explains. “Then I hired a Red Seal carpenter to teach them how to build.”

The community now has 8 interns and is getting much-needed houses built. But, as Mike explains, it’s about more than the work opportunity. “It’s also about building their skills and sense of self-worth,” he says. “They take ownership over their work and know how to maintain it. You can see their sense of pride over a job well done.”

When Nicole approached Mike for work, she didn`t know what she wanted to do. “I gave her the task of prepping walls and painting,” says Mike. “And wow, she is a good painter. With more training, she will be a great painter.”

Mike says that Liam, another community member, was “not near reaching his potential” when he started as an intern. He worked for 7 months in a hands-on role at the community and just completed his first-year foundation program at Vancouver Island University.

“If they go to school first, inexperienced youth without mentorship often get intimidated and quit,” Mike explains. On-the-job training sets them apart. “Their experience makes them leaders in the coursework.”

Another community member, Donny, had impressive but underutilized construction skills. “We saw an opportunity for him to train his daughter so they could repair their home together,” says Mike. “They did all the work themselves, flooring to tiling. It made a real difference in how they appreciate — and can now maintain — their home.”

“The program has transformed the community,” says Laurie Schuerbeke, a housing manager and the director of employment and training. There has been a substantial drop in unemployment and the interns have gained valuable skills. There are even plans to form a First Nation construction company serving Vancouver Island — a vision shared by the community leadership.

This project was funded by the Government of Canada through the Housing Internship Initiative for First Nations and Inuit Youth (HIIFNIY), Section 95 Non-Profit Housing Program, and New Approach for Housing Support (NAHS) in British Columbia. It was also made possible thanks to partnerships with Vancouver Island University and School District 69, the Community Adult Literacy Program and First Nation Education Steering Committee.