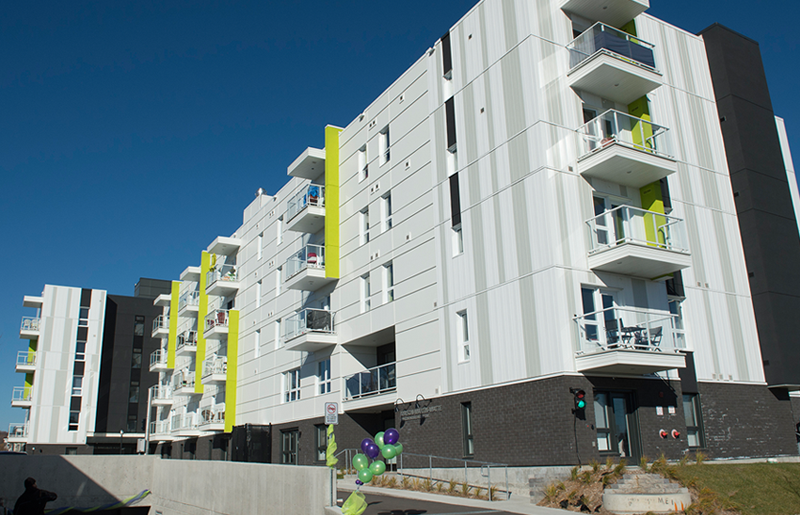 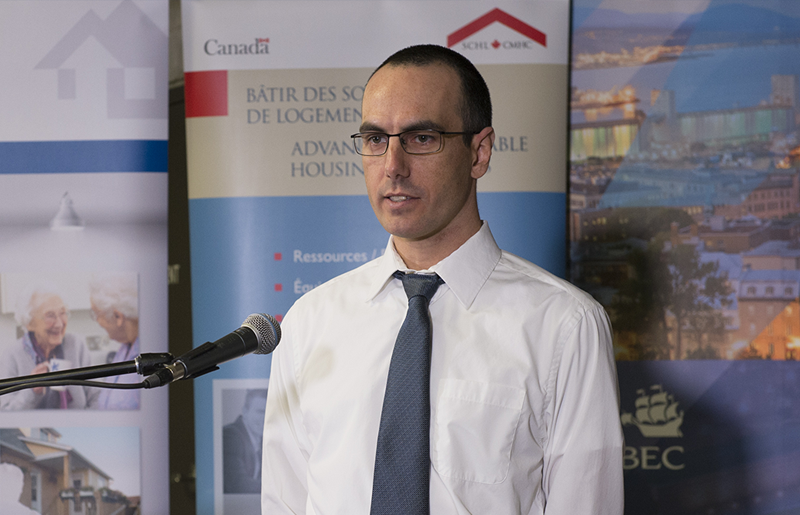 Remi shares his story at a ceremony in November

A new housing option for people with traumatic brain injuries

Remi has lived in the facility since it opened its doors in July 2016. At a ceremony last November, the young man explained how his life had improved through his new home and environment. In the past he had lived with seniors, and now he was able to live with people his own age.

“Remi’s story was so touching,” recalls Isabelle Bougie of Canada Mortgage and Housing Corporation. “He stood in front of a very large crowd which included media and the minister, and he had the courage to talk about how his new home had an impact on his autonomy.”

The Maison Martin-Matte residence shares a building with Immeubles HSF, phase 2, which has 45 affordable housing units. Together, the 5-storey building offers 75 affordable units for individuals and families.

One year after moving in, Remi is settling in well. He found a job close by and is navigating challenges with the support of his community. Behind Remi’s story are many partners. The Martin Matte Foundation, Immeubles HSF, the Government of Quebec, the City of Quebec and the group Milieu de vie TCC all contributed.

“If you go beyond the paperwork, the numbers and the plans, you have the people,” says Isabelle. “Remi’s positive experience is a tangible example of what collaboration can create.”

This project was funded by Canada Mortgage and Housing Corporation and the Société d’habitation du Québec through the Canada–Quebec Investment in Affordable Housing Agreement.