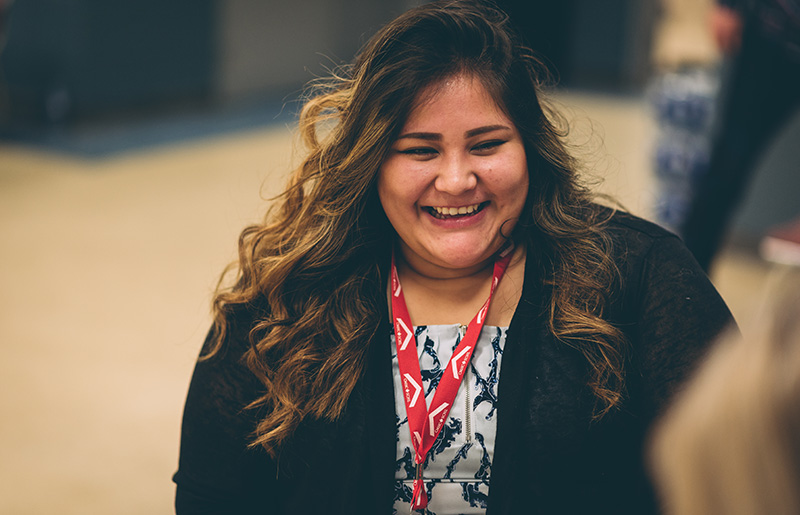 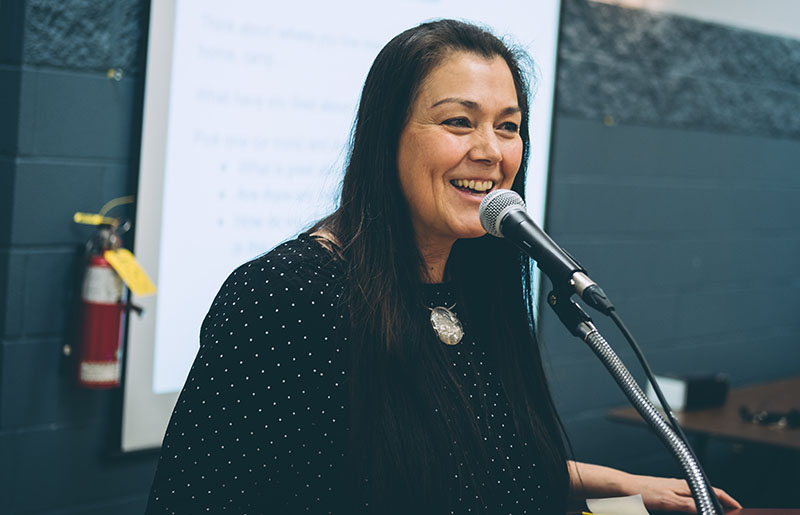 “My whole objective has been to light a fire,” says Roxanne Harper of consulting firm Turtle Island Associates and emcee for the 2-day summit. 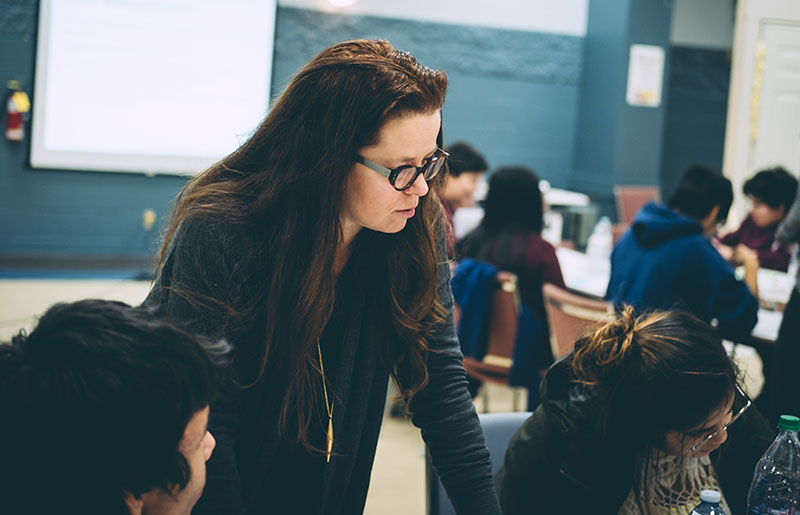 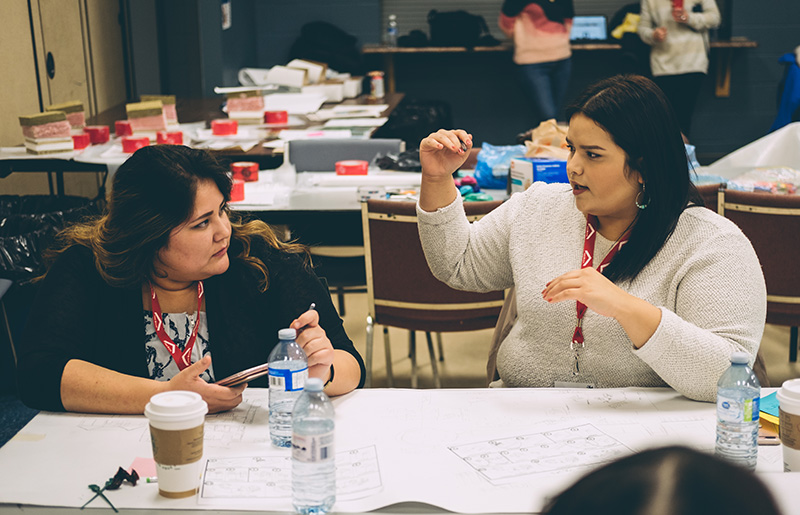 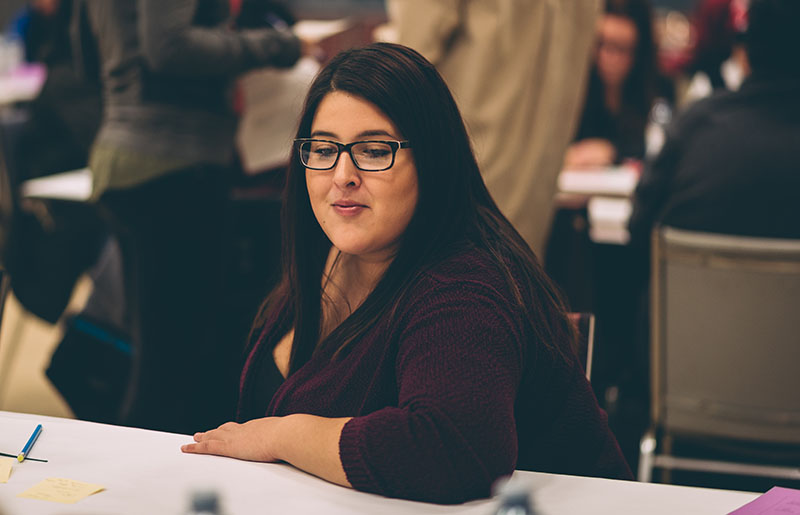 Councillor Karissa Ferrigan, 21, Mississauga First Nation says as communities try to self-govern housing can be put to the back, but it’s the most important thing.

“When I first started, I thought housing was just about having a nice house and maintaining it, but it’s so much more than that,” says 21-year-old Twila Kabatay.

The 2-day event was held at Fort William First Nation in Thunder Bay. It introduced youth to career opportunities in housing, and it provided training on home maintenance. A key goal was to inspire and motivate the next generation of housing leaders to re-envision housing.

“My whole objective has been to light a fire,” says Roxanne Harper of consulting firm Turtle Island Associates, “to instill confidence in the youth that they too can be a part of the solution.”

Representatives from Ryerson University in Toronto hosted a full-day workshop where students were encouraged to re-imagine their community. Through teamwork and activities, students designed housing that responded to needs such as community size, demographics, lifestyle, culture, location and climate.

“I thought housing was just about having a nice house & maintaining it, but it’s so much more than that.” The Ontario Indigenous Youth Summit on Housing highlighted careers in #housing & provided training on home maintenance.

“The goal of the Together Design Lab is to support communities in achieving their vision,” says Dr. Shelagh McCartney, who led the workshop. “It’s not me sitting at the front of the room talking at people. It’s learning, building, playing games.”

Listening and learning together are important parts of the process. “We need to engage youth in this conversation and encourage a safer way to vision and to take in information,” she explains. “I think within that, we are learning just as much as they are.”

Twenty-three-year-old Denise Payette of Mississauga First Nation attended the summit with councillor Karissa Ferrigan, 21. “What I really like that Ryerson has brought is the idea of how your community’s needs are different than other communities,” says Denise. “The way houses are built and look can be altered to suit your specific needs.”

Twila was interested in the energy efficiency aspect of the lab. She is managing the construction of a house using expanded polystyrene (EPS) walls. The hope is that the durable, warm material will help with the community’s cold winters and large hydro bills.

“This is the first time we are trying it,” she explains. “If we can cut down costs just a little bit that would really help.”

She is also exploring housing solutions for single people. Most of her community’s units have 2-3 bedrooms. Twila spoke with fellow HIIFNIY graduate Jalissa Moody of Nuxalk First Nation who faced a similar challenge. Jalissa spearheaded a tiny homes project, and Twila would like to explore something similar.

“It’s a matter of getting the support and funding,” says Twila. “The community is warming up to the idea.”

“One of the things that I hope the youth will pick up on is that us designing our own living space is not new,” says Roxanne, who served as the summit’s emcee. “It is a practice that maybe we haven’t been pursuing for the last 50-100 years, but our people lived in highly evolved building designs that were intended to embrace lifestyle, cultural tendencies, social practices, family size and the composition of a household.”

Denise thinks events like this encourage all community members to have a say. She would like to see more summits across the province.

The Ontario Indigenous Youth Summit on Housing was developed by CMHC. While it was the first Ontario summit, it’s CMHC’s 7th youth-focused event of this kind in Canada. Previous events were held in Winnipeg, Saskatoon, Calgary, Prince George, Chilliwack and Nanaimo.