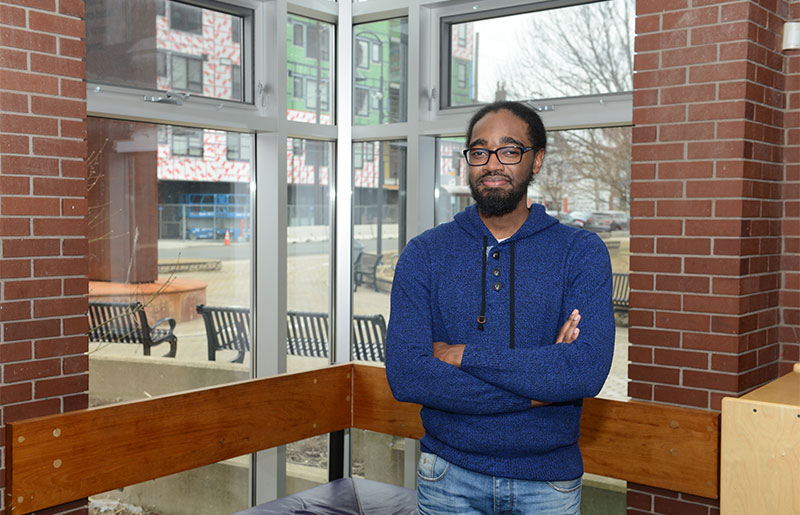 Lindell Smith is the youngest elected official to serve on Halifax city council. 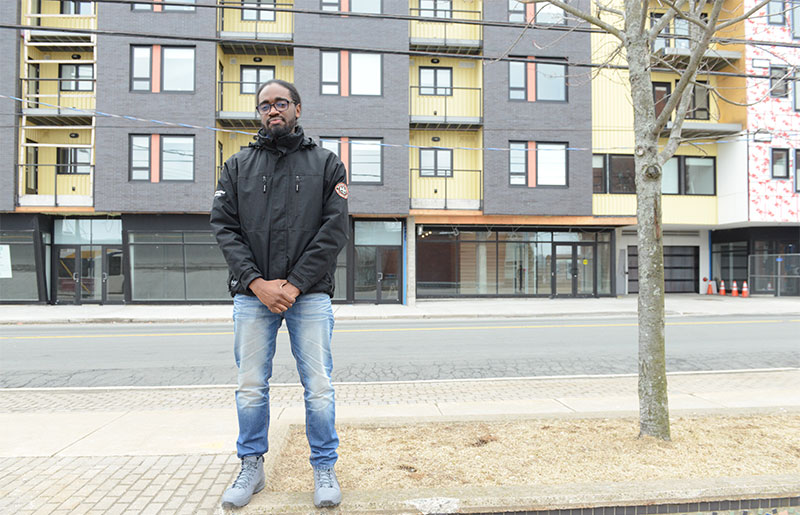 Lindell represents the communities in the district of Halifax Peninsula North. 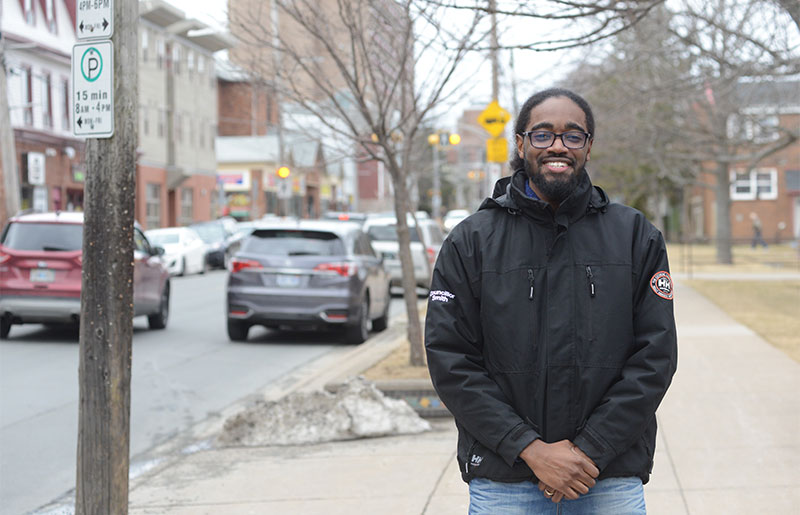 Lindell maintains strong ties to the community where he grew up.

Lindell Smith has always been a leader. In his youth, he co-founded a music-recording studio in Uniacke Square, a social housing development in central Halifax. The studio needed a space, so the housing authority repurposed a residential unit.

“They cut a window so we could see in the other room,” he explains, remembering the simple transformation. He may describe it in humble terms, but Lindell won several awards for the community- and youth-focused initiative.

Lindell was no stranger to affordable housing. He grew up in a close-knit community not far from Uniacke Square.

“Everyone knew each other,” he remembers. “It was all part of the feeling of positivity. That’s why I love my community so much — that feeling of people are always looking out for you, no matter what.”

He developed an even deeper understanding of the importance of housing while working at the Halifax North Branch library. There he saw the role housing plays in building a healthy community.

“I met people from so many different walks of life,” says Lindell. “Most of them lived in affordable housing in the area — retired people, people living with mental health issues and people who needed housing as a stepping stone.”

These lived experiences have influenced Lindell’s career. In 2016 he became the youngest municipal councillor to serve on Halifax Regional Council, and the second black councillor in the city’s history.

One of Lindell’s key priorities is helping others understand the importance of affordable housing and what it brings to a community.

“People often have an idea of what social housing is based on hearsay or incorrect information,” he explains. “The best way to understand housing issues is to lean in, get involved, volunteer and really listen.”

From participating at a local housing conference to working with an architecture school, Lindell is helping his community rethink social and affordable housing.

“I would like to lay the groundwork for future generations to have the same positive experiences that I did.”

The Investment in Affordable Housing (IAH) in Budget 2016 doubled funding levels by the Government of Canada and Housing Nova Scotia to almost $43 million over 2 years.