Home > Housing stories from Canadians > The Story of Karen’s Place 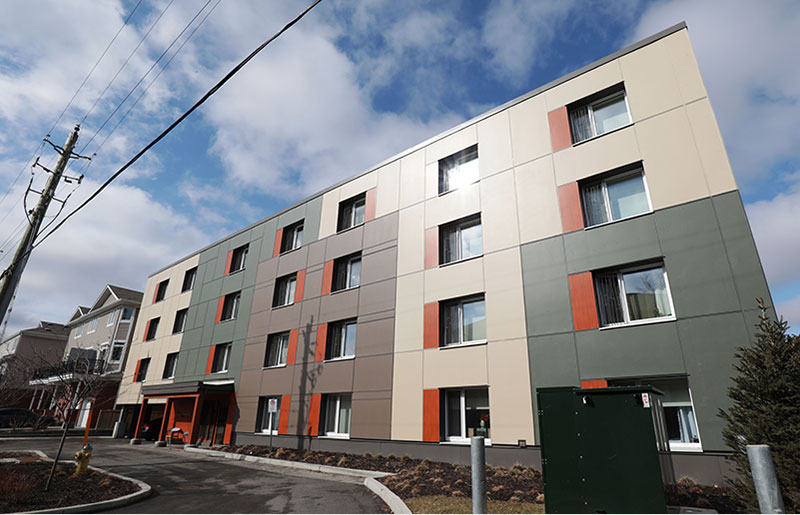 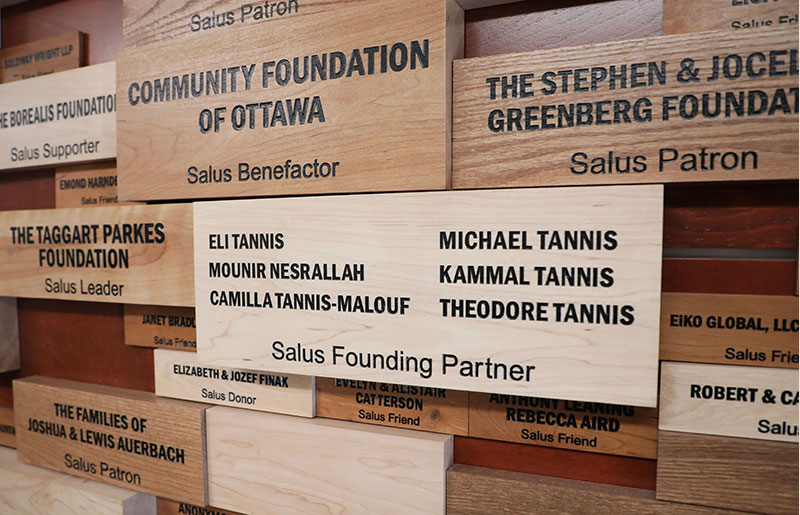 The Tannis family wanted to leave something in Karen’s memory. 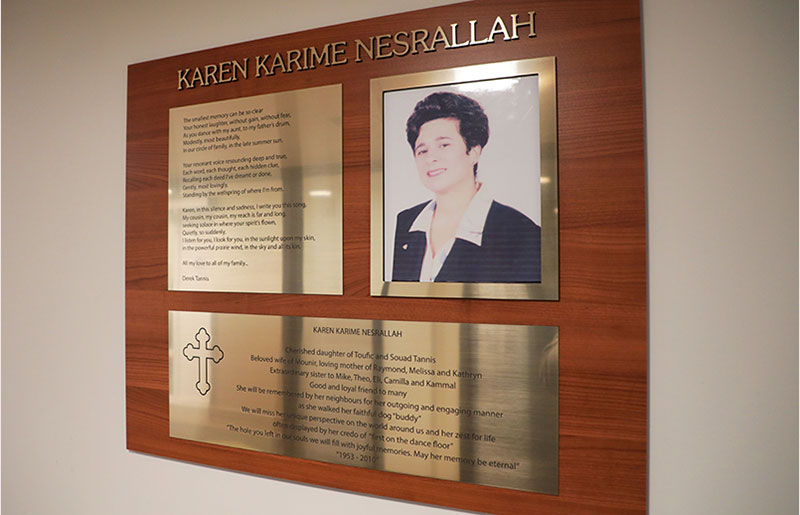 An inscription and photograph at the entrance of Karen’s Place has prompted many questions from visitors.

The story of Karen’s place

Since the opening of Karen’s place, a black and white photo and inscription at the entrance of the apartment building have prompted questions from visitors.

The 42-unit affordable housing development for individuals living with mental health challenges opened in Ottawa in 2016, 6 years after the passing of Karen Nesrallah.

Karen was a member of the Tannis family — parents Toufic and Souad and siblings Mike, Theo, Eli, Camilla and Kammal. The family is well-known in the area for their food distribution business, Tannis Food Distributors. They are also known for their philanthropy, including a golf tournament that ran for more than 20 years. Karen’s family also includes her husband, Mounir Nesrallah, and her children, Ray, Kathryn and Melissa.

Until recently, the family has not openly discussed Karen’s challenges, but they’ve been encouraged by shifting attitudes toward mental health.

“It was time to talk,” says Eli Tannis, Karen’s brother, who also hopes that by sharing their story, others are inspired to do the same.

In her final years, Karen’s challenges with mental health transformed her into somebody largely unfamiliar to her family.

“For the family, it’s overwhelming. It’s terrifying,” says Lisa Ker, describing the feelings that loved ones may face. Lisa is the executive director of Ottawa Salus, the developer of Karen’s Place. The organization has more than 40 years’ experience housing people who live with mental illness.

The relationship between the Tannis family and Ottawa Salus began with a chance discussion. Eli was talking with a colleague who happened to be a board member for Salus, and the organization piqued his interest. Soon he looked into it further.

Together, the family decided to support the mission and vision of Salus. Their financial contribution has helped create Karen’s Place, the organization’s latest development. It’s a state-of-the-art housing development for those living with mental illness, and it’s built to extremely rigorous environmental standards.

“We wanted to leave something in her memory,” says Eli. “This was the best way to do it.”

Working with Salus has helped bring closure for Karen’s family.

“Hopefully more people will feel they can talk about mental health.”

This project received funding from Canada Mortgage and Housing Corporation and the Government of Ontario through the Canada–Ontario Investment in Affordable Housing Agreement.