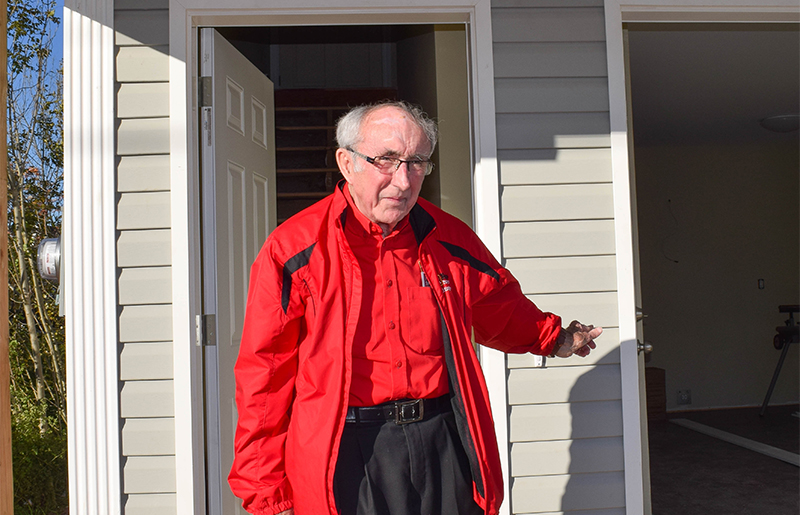 Dave Gillis reveals four new units for the local program creating housing for those in need. 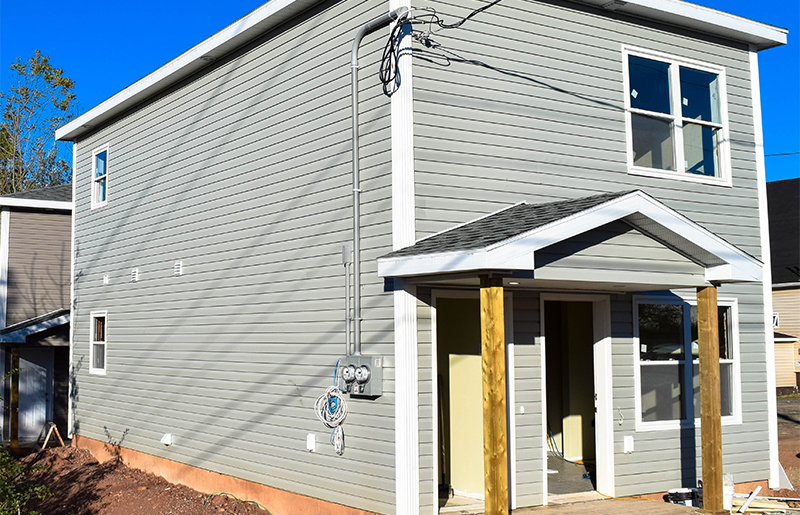 The new homes are in a residential neighborhood in Sydney, Nova Scotia.

Over the last decade, Dave Gillis and his team have constructed more than 20 homes for those in need. The 72-year-old craftsman lives in Sydney, Nova Scotia, and he’s committed to making a difference in his community.

He’s currently working with Shaun MacLean of Pathways Cape Breton. Pathways is a program that helps people living with mental illness and recovering from addiction. Dave is building homes for clients of the Supported Housing for Individuals with Mental Illness program, and today he and Shaun are on-site at their latest build.

Tucked away in a quiet residential neighbourhood, the development features two 600-square-foot units. The housing will help people who are working through their recovery and who have been in and out of the mental health system. “It helps them with stability and to get back into the community,” Shaun explains.

Dave’s collaboration with Pathways started as a one-off project, but it quickly evolved into an ongoing partnership. This is not surprising given his background. An entrepreneur with a family connection to the historic cooperative movement in Nova Scotia, Dave has always valued the spirit of helping others.

“From Sydney to Antigonish, it was people helping each other to make a living,” he says.

Today, that spirit is providing a stable and inclusive community for people who might otherwise find themselves in the hospital or in a crisis situation.

While there’s increased urgency to finish the homes for the clients, Dave and his team still build with the same attention to quality and detail they would for any other homeowner. In fact, as Dave walks around the building site today, he mentions he’s going to check the warehouse for extra shutters.

Why? Because he thinks they could “add a nice touch.”

Like their leader, the entire construction team is focused on doing the best job possible. “They are hard-working, good people,” says Dave. “They know they are doing good for those who need it most, but they don’t make themselves into heroes.”

It’s the end of a long day, and Dave prepares to head home. But he won’t be putting his feet up just yet. In the spirit of community, he’s still got 3 turkeys to roast for a local charity.

This project received funding from the Government of Canada through the Homelessness Partnering Strategy and , Canada Mortgage and Housing Corporation’s Investment in Affordable Housing Agreement with the Province of Nova Scotia. It was also made possible thanks to Pathways Cape Breton and their community partners, including New Dawn Enterprises, Nova Scotia Health Authority and the Cape Breton Regional Hospital Foundation.