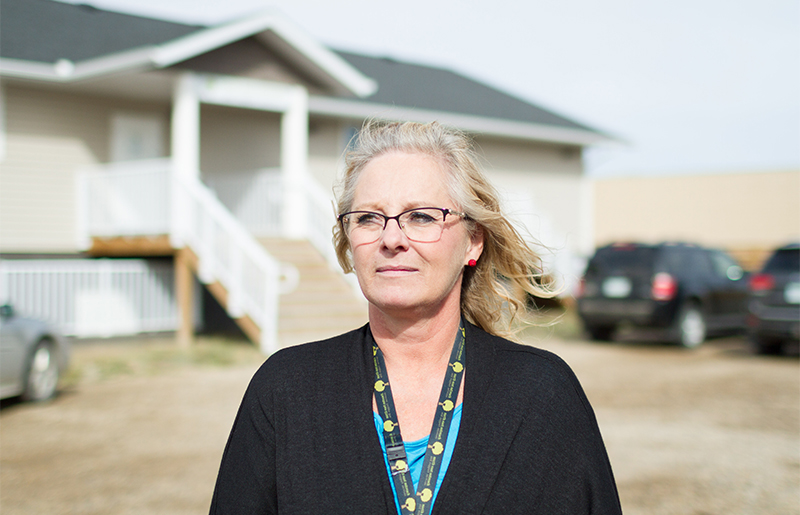 Shelley overcame an abusive relationship with the help of North East Outreach and Support Services and has since joined as staff. 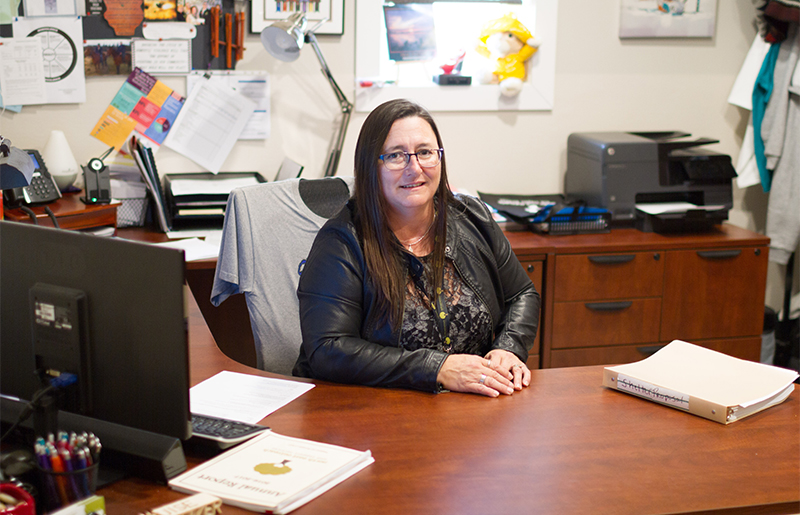 Louise Schweitzer, Executive Director of the centre, is the driving force behind the organization and it’s rebuild after the fire. 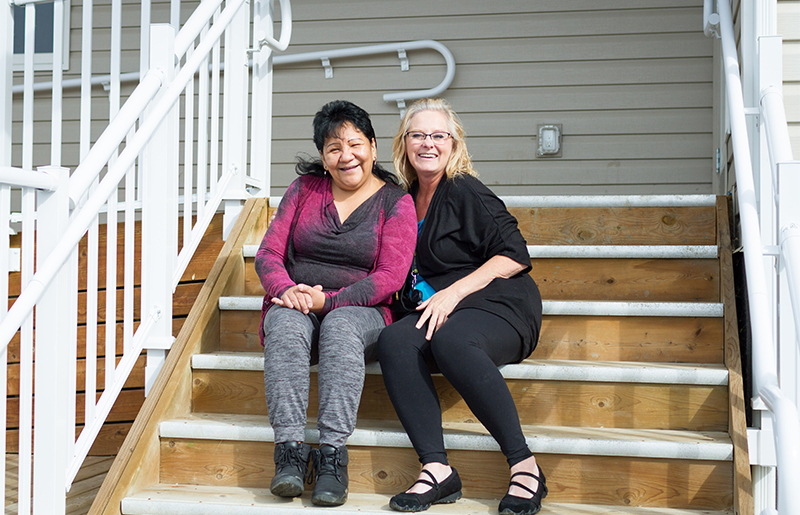 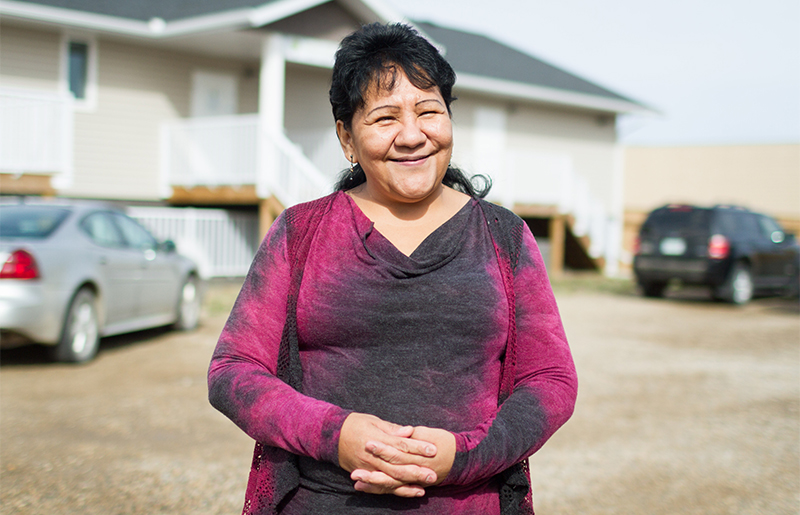 With help from North East Outreach, Carmen is continuing her education and wants to pursue a career in social work or addictions counselling.

Louise Schweitzer will never forget the bitterly cold morning of November 30, 2014. “I got a call at 4:15 a.m. from my project manager who said just one thing, ‘The building is burning.’”

Firefighting crews weren’t able to save the building, but Louise and her project manager scrambled to save the foundation. They covered the water-soaked cement forms to keep them dry and protected from the harsh prairie winter.

Louise has been executive director of North East Outreach and Support Services since 2009, and there’s little that overwhelms her. She’s supported people in all stages of need. On average, it takes 8 attempts for a person to successfully leave an abusive relationship. Only 50% stay away long term.

Louise refused to let the fire derail her plans. Undeterred and with the community behind her, she pressed on to rebuild the centre in February 2015. A little over a year later, staff started moving in. In June 2016, the building officially opened to serve the community of Melfort, Saskatchewan. The emergency shelter and outreach centre have been near capacity ever since.

Staff at this emergency shelter wouldn’t let a fire stop them. They decided to rebuild

The emergency shelter is made up of individual suites where women fleeing violence can stay for up to 6 weeks. The outreach centre offers supports, educational resources and advocacy. With the assistance of community donations, staff are able to help women get back on their feet — women like Shelley.

After the tragic loss of her son to fentanyl, Shelley and her partner moved from Alberta to Saskatchewan. Unfortunately, their relationship soon deteriorated. Shelley’s partner became abusive and stopped working or contributing financially. After a serious altercation, Shelley was arrested and faced several charges. She soon lost her job.

Terrified and alone, Shelley was brought to the shelter. “The staff picked me up and took me to the hospital to care for my injuries,” she says. “I remember meeting Louise and her saying, ‘Take my hand, I will not let go. I am here for you.’ And she was, every day.”

Shelley lived at home but used the outreach centre almost daily. Thanks to the support provided by the centre, Shelley was completely exonerated of the allegations against her.

Shelley now works alongside Louise at North East Outreach and Support Services. One of her first clients at the emergency shelter arrived — like her — from out of province.

Carmen Castel came from an isolated First Nation community in northern Manitoba. With the shelters in her area full, Carmen made the difficult choice to move away and escape an abusive relationship. She arrived at the shelter with her adult son and daughter, her daughter’s son, and another grandson from her daughter who had recently passed away — 5 people in need.

“They made us feel like princesses. To this day I am very grateful. It was like Christmas in June,” Carmen remembers. “They made us feel so welcome. They gave us all kinds of stuff and helped us find a place to live, which was exactly what I needed.”

Soon Carmen was joined by her other daughter and her 3 children. After 6 weeks at the emergency shelter, Shelley had helped Carmen find 3 new homes in the community for her entire family.

While at the shelter, Carmen also joined Alcoholics Anonymous. She recently celebrated a full year of sobriety, and she’s now a program sponsor. With support from Shelley and North East Outreach, Carmen is back in school with plans to pursue a career in social work or addictions counselling.

Louise is energized by Shelley and Carmen’s journeys, and she remains unfazed by the amount of work left in the community. “Our shelter is just a Band-Aid, it’s not a fix,” she cautions. “My greatest hope in life is to work myself out of a job.”

This project received funding from Canada Mortgage and Housing Corporation and the Province of Saskatchewan through the Canada-Saskatchewan Investment in Affordable Housing Agreement. It was also made possible thanks to contributions from the Saskatchewan Ministry of Justice.