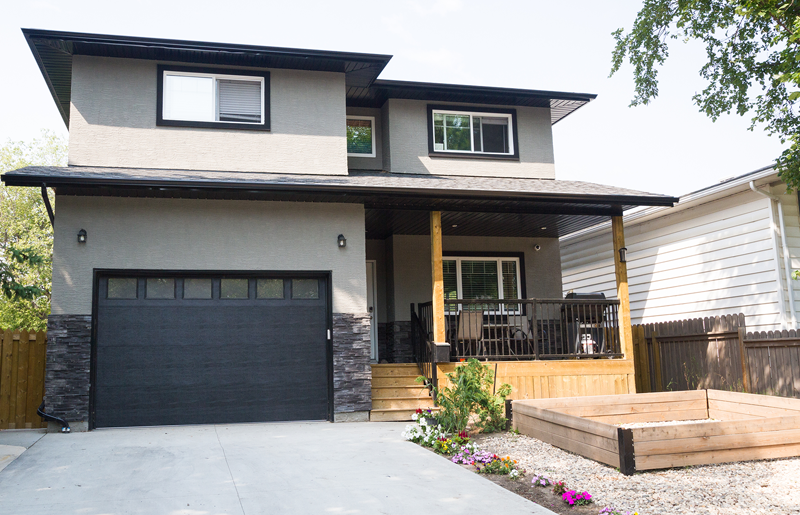 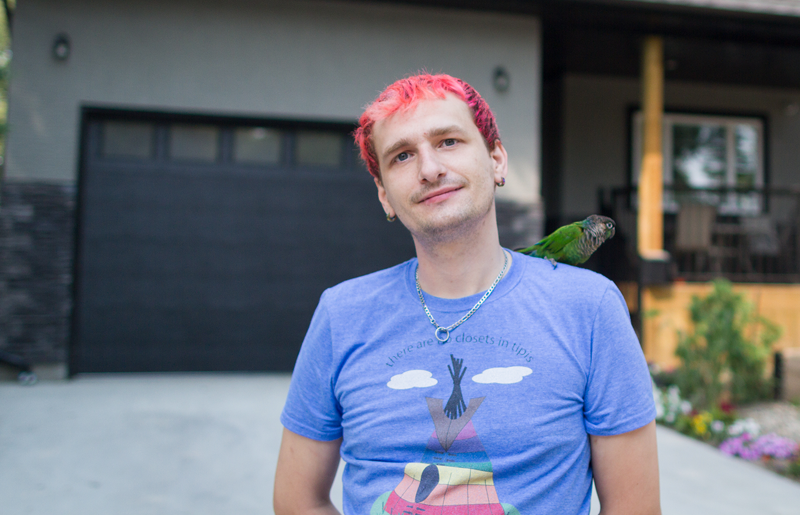 Evan, OUTSaskatoon Mentor, in front of Pride Home with his pet bird 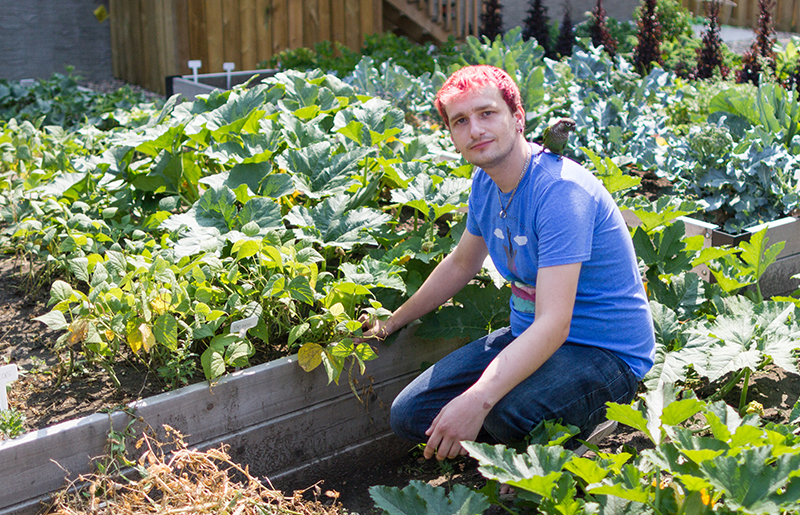 Evan in Pride Home’s garden, which he maintains along with residents 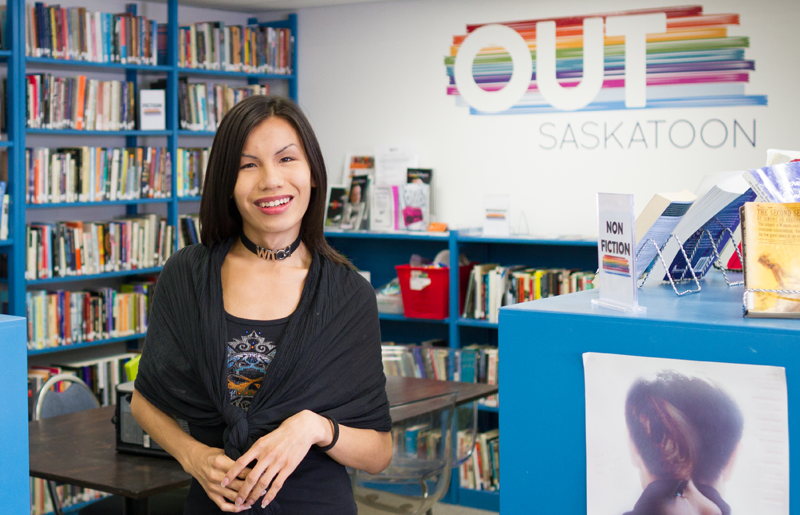 “I’m 21 years old, so in leap years I’m 5 and a quarter,” Chloe says with a smirk on her face. “My birthday falls on February 29, and because of that I’m spiritually youthful.”

Chloe is quirky, exudes positivity and calls Saskatoon her home. She has become part of the growing LGBTQ community there and carries herself with a self-assuredness not typical of someone her age. But it’s been a long journey to get here.

At the age of 6 she was removed from an abusive home she shared with her alcoholic father. Chloe, who today identifies as a trans woman, spent time in over 25 foster placements. She attributes this to a lack of awareness of LGBTQ issues.

“Most foster homes are gender specific, and a lot of these people never really understood where I was coming from,” Chloe recalls. “At the time, I didn’t even really know who I was.”

In high school, Chloe began experimenting with gender identity. She understood the concept of being gay, but knew deep down that it didn’t really fit.

Chloe searched for support and a sense of community within the school system. She couldn`t find it and soon left, which led to periods of homelessness.

Pride Home offers stability and support to #LGBTQ youth at risk of homelessness.

It was during this time that Chloe was introduced to OUTSaskatoon. A pillar of Saskatoon’s LGBTQ community, the centre provides peer support, counselling and education services geared to youth. Last year alone there were 5,512 visits to the group’s drop-in centre. In this safe and inclusive environment, Chloe blossomed.

“Working with staff allowed me to reflect on the direction of my life and where I wanted to go,” says Chloe. She now accesses the centre’s queer-specific education and resources, outreach programs, social gatherings and sexual health services on a weekly basis.

A 2016 survey by OUTSaskatoon found that 40% of local LGBTQ youth had dealt with homelessness or barriers to housing at some point in their lives. According to OUTSaskatoon, 20–40% of homeless people in Canada identify as queer or transgender.

Pride Home is the first long-term LGBTQ youth home in Canada for individuals at risk of homelessness. Operated by OUTSaskatoon, the 5-bedroom, 5-bathroom house provides housing for 16 to 21 year olds and has a full time live-in mentor, Evan, who offers support to residents.

Evan is a testament to OUTSaskatoon’s success. He benefited from the centre’s programming for over 7 years before being asked to step into a paid mentorship role. Evan’s mentorship style at Pride Home is an extension of OUTSaskatoon’s care model. “Everyone’s needs are different,” he explains. “I work with each person to figure out what’s going to work best for them so they can take that next step in life.”

This simple, effective strategy feeds his passion for work. “I do this because I absolutely love watching people come out of their shell,” he says. "It’s so satisfying to know I’ve helped, in whatever little way, someone to see their inner potential.”

Chloe doesn’t live at Pride Home, but she has a friend there and visits often. She’s witnessed a positive change in their outlook.

“Pride Home is a place where people can be heard and understood,” Chloe emphasizes. “It helps people grow as individuals during very challenging times in their lives.”

With the continued support of OUTSaskatoon and Pride Home, Chloe is almost finished her education. She’s getting excited to explore career paths.

“If you have stable housing like this, everything else becomes easier. You have the chance to focus on your independence and other goals like school. I wish I had this in my life 5 years ago.”

The Governments of Canada and Saskatchewan provided funding for Pride Home through the Investment in Affordable Housing.

The Canadian government also contributed to soft costs through the Seed Funding Program.